Welcome to SafariNow. Get off your accommodation booking by paying with the voucher code before .
South Africa/Eastern Cape/Nieu Bethesda/Bethesda Arts Centre 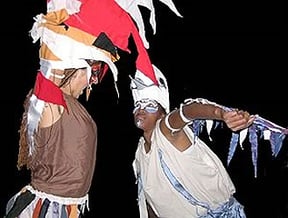 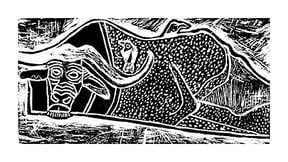 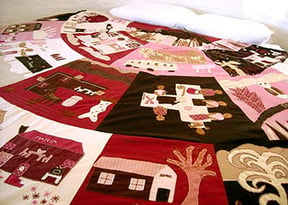 You ate dust on the winding Karoo roads getting to the beautiful dorp of Nieu Bethesda? You visited Miss Helen's Owl House? Now just around the corner from the Owl House is a fascinating stop - the Bethesda Arts Centre. Here you will receive a warm welcome and a full tour. Catch a rehearsal or a starlit performance in the open air theatre.

The Courtyard Theatre began its life in 2002 with a play from a visiting company about domestic abuse. The play, Behind Closed Doors, was followed by an animated discussion. The theatre was officially opened in January 2003 with a live reading of new work by Athol Fugard. After two successful productions – The Rainbull and The Conference of Birds – playing to packed houses in the Centre’s own Courtyard Theatre, the Bethesda Theatre Company was established.

They have performed at the Grahamstown Festival as well as at various schools and nearby theatres. Members of the Company are encouraged to learn all facets of theatre, including writing, directing, theatre design and stage management.

The Gallery A conversation between Kudus, San dancers around the fire, the extraordinary mass of rock that forms the gateway to Nieu Bethesda – the artists from the Bethesda Arts Centre are as varied and individual in subject matter as they are in style.

From Hartlief’s striking animal prints to Booysen’s linear, timeless landscapes or Swiers’s spirited snapshots of daily life, each of these artists has captured something of the parched land and dusty Karoo town of Nieu Bethesda. In all of these upcoming artists, despite their varying age and experience, is a feeling of Africa, in all its richness and variety, and a sense of their place within it.

Centre artists can exhibit and sell their work in the Centre’s own gallery. Income from sale of art goes directly to the artists, in many cases making it possible for them to support their families.

Where can I stay? Dive under the quilts in the magical Bethesda Tower Accommodation.

Reviews:
6 Reviews
Things to do in Nieu Bethesda

6 reviews Reviews of
★★★★★
4 out of 5 stars
5 star 2
4 star 3
3 star 0
2 star 1
1 star 0
Colleen Livanos
★★★★★
11 January 2017
Great to see ingenuity in generating income. Some fantastic artwork and handwork. Had supper at the arts centre and the food was excellent. The people who run the centre have a passion for what they do and it's very inspiring.
Carol Norval
★★★★★
04 January 2017
Wow, what passion these people have for their artistic ability, they get so engrossed in relating their stories.
Althea Jesersky
★★★★★
10 August 2016
Creative
Valerie Graham
★★★★★
25 April 2016
Amazing applique work. Also lino cut prints.
Petro Doman
★★★★★
05 April 2016
Items a bit pricey but if you are looking for community made crafts, this seem to be the place to shop.
Althea Jesersky
★★★★★
03 March 2016
Beautiful needlework
Show More Reviews

★★★★★ 23 Reviews
Sleeps 35 in 6 rooms
Nieu Bethesda Guest House
If you are visiting Nieu Bethesda and the Owl House, enrich your experience with a stay at Murrayfield Guest House, owned by the author of...
R500
Avg per night for 2 guests
View Deal

Sleeps 4 in 2 rooms
Nieu Bethesda Self-catering
Tot Hier Toe Padstal is a stone cottage situated on a small farm that has a stunning views of the river Gorge , equipped with two lovely ...
R500
Avg per night for 2 guests
View Deal

Click to display the map
Bethesda Arts Centre is 0.3km from the centre of Nieu Bethesda , the nearest airport 263km (Port Elizabeth Airport).
*Distances are shown as the crow flies and not necessarily the actual travelling

Other things to do near Nieu Bethesda

★★★★★ 2 Reviews
Theatre, Gallery or Museum in Graaff-Reinet
The Hester Rupert Art Museum was opened in July 1966 and declared a national monument in 1968. It...

★★★★★ 11 Reviews
Popular Attraction in Graaff-Reinet
The Valley of Desolation – often called ‘The Cathedral of the Mountains’ – is a national monument...
See all things to do near Nieu Bethesda
WEB3