Welcome to SafariNow. Get off your accommodation booking by paying with the voucher code before .
South Africa/KwaZulu-Natal/Durban Accommodation 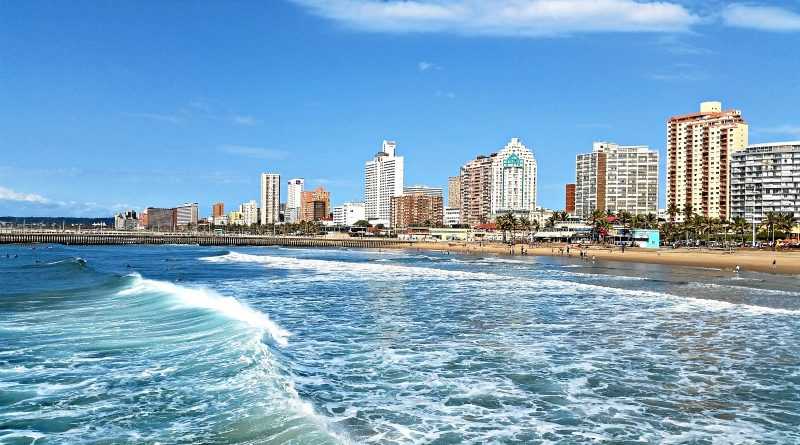 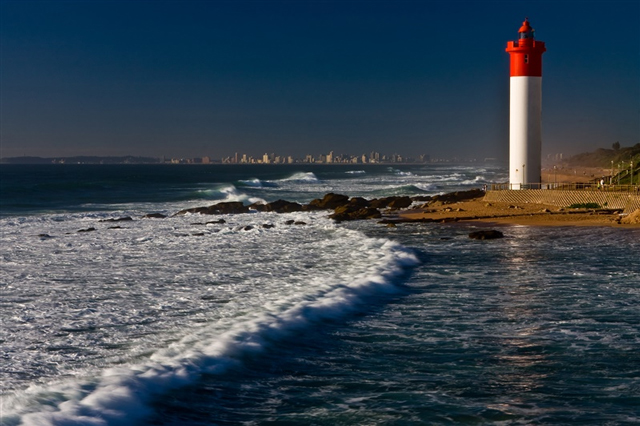 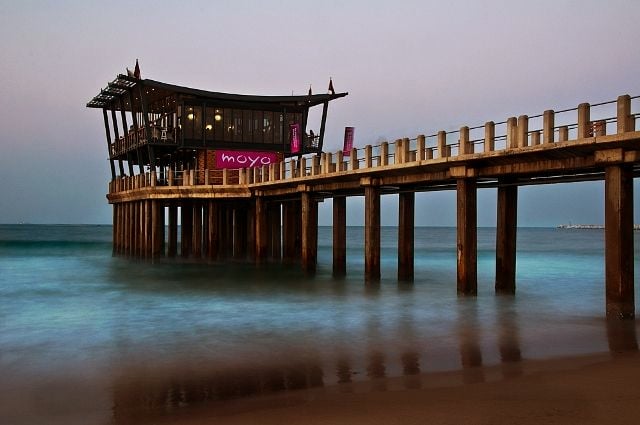 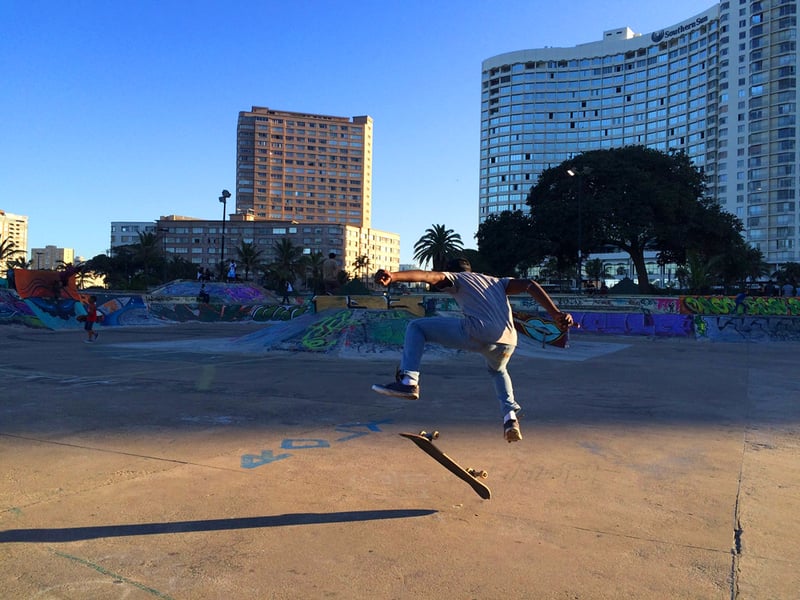 High up on the east coast, Durban is South Africa's sub-tropical beach getaway. The city centre overlooks a long, golden beach that is probably the single most culturally diverse spot in . Here you will find frolicking families of every hue, busy executives out for a quick lunchtime jog, teenagers in full breeding plumage, elegant sari-clad matrons strolling the sand, buff surfers running into the waves, and bead-bedecked sangomas collecting therapeutic sea water in bottles.

is actually all about the beach. It is home to 's only surfing museum, and is one of the most surf-friendly cities in the world. Frustrated wage slaves can look out of their office windows onto awesome breaks - and then shed the tie and jacket or the high heels and paddle out straight after work. Durban is the closest seaport to Johannesburg and is also an integral part of the city. As well as all the usual container docks  it has not one, but two yacht clubs and a great little cultural spot right in the middle of the harbour - the BAT centre. Short for the Bartle Arts Trust, the BAT Centre is a hotbed of local visual art and musical creativity mixed in with some good restaurants, coffee shops and pubs. All overlooking the small boat harbour so you can sip cappuccino while watching stubby-nosed tugs coming in to rest after a hard day pushing supertankers around.

Durban Bay is one of the better natural harbours on our coastline. Its narrow opening is protected by a huge headland, called the Bluff, on one side and, on the other, a point called Point - granted not the most imaginative of names, but it's a cool place. Here you'll find another batch of fun eateries where you could - if you were sufficiently anti-social and quite strong - pitch a beer bottle onto a passing container ship as it enters or leaves harbour. Close by is the newly built uShaka Marine World - a state of the art aquarium, wet playground and shopping mall, where children of all ages can ooh and aah at the sharks in the predator tank, snorkel with the fishies (the cute little ones, not the sharks) and watch dolphins performing.

The whole Point area is the most interesting part of Durban. At one stage it must have been very fashionable indeed, but then - well, you know, cities are living things and they grow and change - it went downhill. A drive along will reward you with the sight of row upon row of abandoned art deco warehouses and factories - but not for much longer. Already the developers have set their sights on this little treasure, and there'll pretty soon be loft-style apartments, boutique hotels and designer malls. The beachfront is lined with multi-storey hotels and restaurants, with unashamdely kitsch attraction, like a huge pool complex and a snake park. Curio sellers line the walkways and dramatically outfitted rickshaw-wallahs offer rides and photographic opportunities. The best part about 's beachfront, though, is the water temperature. It's rarely below 20°C, which makes ogling those tanned, buff surfers just so much more interesting, as they don't wear wetsuits.

Accommodation in Durban itself is conveniently concentrated along the beachfront or Golden Mile, close to the Durban central business district.  Slick, high rise Durban hotels with sea views and swimming pools proliferate along this lively strip. Another area that’s close to the beachfront and CBD with more hotels, guesthouses, bed and breakfasts and affordable self-catering apartments and villas are the leafy suburbs of Berea and Morningside, well endowed with exceptional restaurants and shopping malls. It is highly advisable to book accommodation in advance during peak season (December and January) as scores of holiday makers descend upon all the beach locations in Durban. Durban North is also an extremely popular choice with holiday makers.

Durban is in the middle of a vast sugar-growing area that was originally worked by indentured labourers from India,  many of whom stayed, started businesses and built homes.  Durban has the largest population of Indians outside of India.  There is a vibrant Eastern feel to the city, a huge spice market, decorative mosques, fantastic temples and - best of all - great food. You'll find dozens of good curry restaurants and you just have to try a bunny chow while you're there. It's a half or quarter loaf of bread hollowed out and filled with curry. Eaten with the hands in the street, it's an obligatory experience.
There's lots to do in and around Durban City. Many people just park off on the beach, especially on the North Coast, or South Coast, both of which are within an hour's drive of the city, and there are loads of restaurants, some excellent theatre and music, and wild and funky nightlife.

The surfing is great right in the city and also up and down the coast. There's some reasonable diving in Durban Bay but the South Coast has some truly world class spots - and it's a great place for pretty competent and confident divers during the annual Sardine Run.

If you spend much time at all in the sea, you should consider a visit to the Sharks Board in Umhlanga, just north of the city, where you can learn all about these fascinating creatures. They're not the bloodthirsty killing machines they're made out to be in American movies. There are a couple of fun river trips, some nice abseiling, awesome sport climbing and small game farms not too far off and the North and South Coasts boast an almost indecent density of championship golf courses.

Durban's cultural attractions are perhaps its most appealing diversions. There are Zulu cultural villages to visit, township tours and visits to mosques or the beautiful , which has an excellent, inexpensive vegetarian restaurant.
Another interesting spot to visit is Inanda, which was the birthplace of both the Shembe religion and Natal Native Congress, which later became the African National Congress. It was also where Mahatma Ghandi, who lived there at the same time these two other movements were starting, pioneered the concept of Satyagrah, or passive resistance. Truly, a little crucible of world history.