Welcome to SafariNow. Get off your accommodation booking by paying with the voucher code before .
South Africa/Greater St Lucia Wetland Park/KwaZulu-Natal/St Lucia/St Lucia Beach 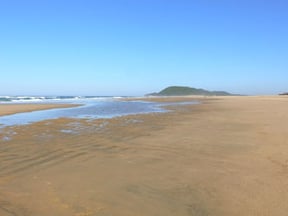 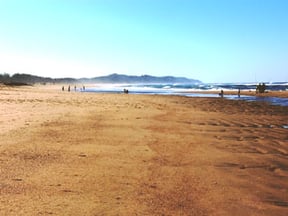 The gorgeous golden sands of St Lucia Beach stretch as far as the eye can see in both directions.

This subtropical beach experiences around 300 days of sunshine a year. Not only that, the Indian Ocean is pleasantly warm. Take care when swimming here though as there are rip currents and it is advisable to stay close to shore and avoid rough surf.

Heading north on the landward side of the estuary is the beginning of the highest coastal dunes in the world – it’s impressive. To the south is a pleasant stroll to the estuary of the Imfolozi River. Shore-based fishing is very popular along this stretch, mostly for shad.

Added By: Whalesong Guest House
Reviews:
15 Reviews
Things to do in St Lucia

Sleeps 6 in 3 rooms
St Lucia Self-catering
Villa Mia 15 is a self-catering unit located on the main road of Saint Lucia in KwaZulu-Natal. The apartment is within walking distance of...
R960
Avg per night
View Deal
33% OFF

Sleeps 10 in 2 rooms
St Lucia Self-catering
33% OFF   The Bridge 17 and 8 is situated on the banks of the St Lucia Estuary and encroaches on the iSimangiliso Wetland Park. Watch the hippos...
$52 R1200
Avg per night
View Deal

★★★★★ 21 Reviews
Sleeps 61 in 22 rooms
St Lucia Guest House
Jo-A-Lize Lodge awaits you in the beautiful and tranquil surroundings in the heart of the iSimangiliso Wetland Park. This elegant yet...
R791
Avg per night for 2 guests
View Deal

Sleeps 6 in 3 rooms
St Lucia Package Deals
This 2 night package includes a variety of activities. Throughout the two nights, guests will be...
R6277
Per person for 2 nights
View Deal
See all accommodation near St Lucia

Click to display the map
St Lucia Beach is 1.6km from the centre of St Lucia , the nearest airport 111km (Prince Mangosuthu Buthelezi Airport).
*Distances are shown as the crow flies and not necessarily the actual travelling

Other things to do near St Lucia

★★★★★ 3 Reviews
Nature Reserve in Hluhluwe
Established in 1895, wildlife viewing has always been the prime attraction at Hluhluwe, close range...

★★★★★ 3 Reviews
Animal Park in Hluhluwe
Check out the coolest of Africa's cats Just outside Hluhluwe is the only wild cat rehabilitation...

Golf Course in South Africa
9 hole golf course, also used as an 18 hole, with tennis courts and a squash court
See all things to do near St Lucia
WEB3