Welcome to SafariNow. Get off your accommodation booking by paying with the voucher code before .
South Africa/Western Cape/Cape Town/Cape Town City Centre/Artscape Theatre Centre 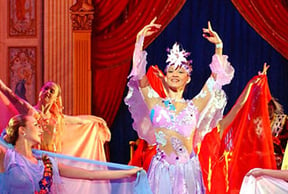 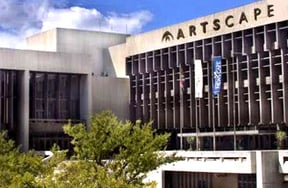 The Mother City's 'One-Stop-Shop of Creative Excellence' is situated between Table Mountain and Table Bay. The Artscape Theatre Centre is home to the Artscape performing arts company and includes the Opera House, Theatre, Arena, Piazza and News Café.

Artscape Opera House auditorium is the largest theatre in the Western Cape and seats 1187 and offers a variety of productions from contemporary opera to ballet, large scale musicals to semi-staged orchestral performances. Artscape Theatre auditorium seats 540 if the pit is not utilised. The size of the orchestra pit determines the number of seats.

The Artscape Arena theatre was originally the right side of Artscape Theatre. The raked auditorium can seat up to 140 people. A cosy bar at street level offers opportunities for intimate art exhibitions and private parties.

Sleeps 4 in 2 rooms
Cape Town City Centre Self-catering, Hotel
This classically elegant self cater studio apartment is located in the heart of the old city opposite the famous Company Gardens. It's a...
View Deal

★★★★★ 2 Reviews
Sleeps 6 in 2 rooms
Walmer Estate Bed and Breakfast
Situated at the foot of Table Mountain voted one of the 7 wonders of the world. We have 360 degree views of Table Mountain, Lions Head,...
R850
Avg per night
View Deal

Click to display the map
Artscape Theatre Centre is 1.4km from the centre of Cape Town City Centre , the nearest airport 19.4km (Cape Town International Airport).
*Distances are shown as the crow flies and not necessarily the actual travelling

Other things to do near Cape Town City Centre

Bar or Nightclub in Western Cape
Proud of it's Argentinian influences, Chakkachurri Bar offers an exceptional venue for a night...

Popular Attraction in Western Cape
Come and enjoy the thrilling experience of real-time combat with G-Force Paintball, perfect for...

Wine Estate in Somerset West
Ridgemor wines dates back to 1670 and is considered one of the oldest wine farms in the area....
See all things to do near Cape Town City Centre
WEB6